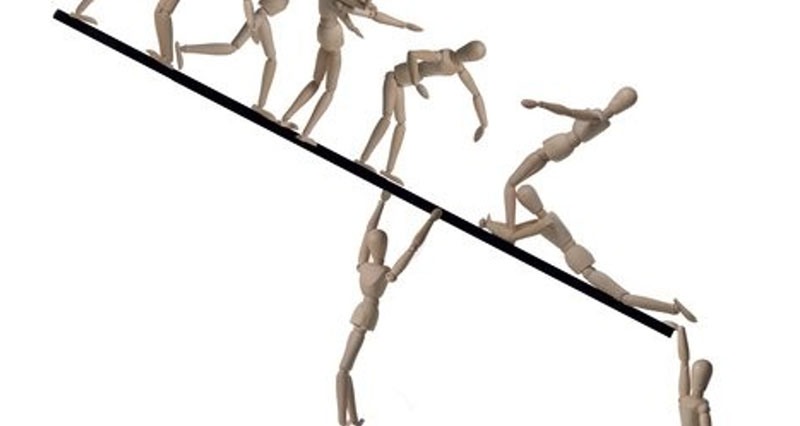 It all started with the Hawaiian shirt (aka Aloha shirt).

In the 1960s the Hawaiian government made it official that Aloha shirts could be worn on Friday during summer months.

Wait, why only Fridays in the summer it’s warm all year around? – hence the start of what I refer to as the slippery slope dress code syndrome.

The next thing you know, companies in the mainland states adapted a more expansive version of the “Aloha Friday” concept, which led to what one could reasonably describe as a “casual dress catastrophe” in offices everywhere. No one really understood the rules of casual dress.

Then enter Levis into the equation. In the 1990s they published “A Guide to Casual Businesswear” and distributed it to 25,000 human resource managers to promote their Dockers brand. During this time even IBM got rid of its notorious blue suit, white button-down shirt uniform. Although Levis had their self-interest in mind, it did help bring clarity to what business casual should look like. On the flip side, this aided in making business casual dress mainstream; not just on Fridays but every day of the week.

Meanwhile Silicon Valley begins to explode with entrepreneurial techie guys who were starting companies in their basements and garages, dressed in t-shirts and Birkenstocks. If Mark Zuckerberg can wear a hoodie and sneakers to work, why can’t I? – slip, slip, slip!

Fast-forward to today’s modern day dress code policies, where interpretations and execution remain slippery. I can’t tell you how often someone in a leadership or human resources role at a company or organization taps me for advice on this topic and/or hires me to teach and show their employees what professional dress is and is not and how to dress for business casual, casual Friday’s and the like.

Just recently, I facilitated a training session titled, Navigating Appearance in the Workplace, for an intimate group of female leaders who play a key role within a top professional services firm. The company launched a new dress code policy, Dress for Your Day, about eight months ago.

In theory, it is a very smart move in terms of being a more appealing place to work as a way to stand out from its competitors, especially when recruiting millennials. During a portion of the daylong session, we had a very thoughtful and strategic dialogue around the pros and cons of their dress code policy, with detailed discussion surrounding the desired message and image they want and need to convey in their industry. There is definitely a question around whether the language in the policy is resulting in the overall desired outcome. I’ve asked them to keep me posted on how it works out over time.

An attorney shared a similar situation at her law firm. The firm leadership decided to give attorneys at the firm discretion on what they wear to work based on their day; very much like the scenario I just described. Some of the partners are now questioning the way attorneys dress in the office. Apparently some are dressing “too” casual. When they have a day in court dressing is a no-brainer, but when it comes to figuring out how to dress less formal there is an ongoing issue.

Dress code policies are even evolving in politics. Paul Ryan, Speaker of the House of Representatives announced just a couple of weeks ago that women could wear sleeveless dresses and tops in the House chamber. This came after complaints of female reporters being kicked out of the Speaker’s lobby because of dress code violation.

According to Ryan, “Decorum is important, especially for this institution, and a dress code in the chamber and the lobby makes sense,” the Speaker added. “We also don’t need to bar otherwise accepted contemporary business attire, so look for a change on that soon” (source: the hill.com). As I often assert to participants in my training/workshop sessions, it is important that employees, members and affiliates of a company, organization or institution represent that entity’s brand and identity in the right way – and, how one dresses is a big part of the equation.

The photo below (source:cnbc.com) was taken by women on capital hill to underscore their “right to bare arms;” pun intended.